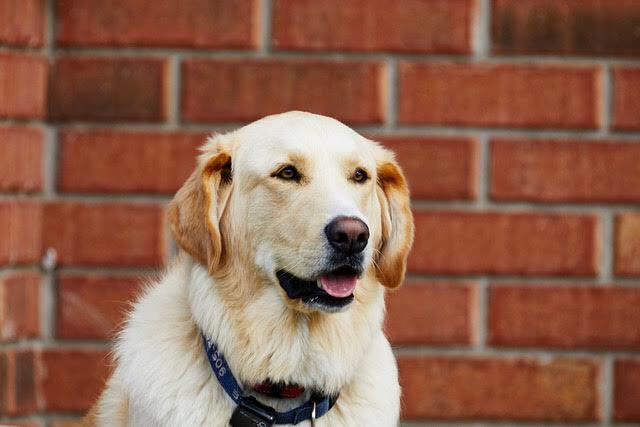 My dog Grace really deserves her own book but, as that seems a bit ambitious, she is at least column-worthy.

Grace came storming into our lives during a time that I was mourning the loss of someone I loved deeply. I had decided that, as a nod to my loved one, who had picked a dog therapy group as her designated charity, I would not just make a donation but I would adopt a rescue dog. I told my husband and he tried to talk me out of it, right up until the time of the “dog visit”, but we both took one look at her and we were done.

Grace, as we called her, was truly wild. She had been left in a crate on a sideroad, had escaped and lived for several weeks on her own in the woods. The crate had a sign on it that said ‘free’.  She lived on what she could find – hence her tendency to still chase everything that moves, including birds in the sky. I was horrified the first time I saw her grab a low-flying bird, but I guess a girl has to eat. This sixty-pound dog had never been in a house it seemed, certainly was not house trained, and struggled to even go up and down the stairs. She marveled at music, ate like a fiend, and ran like the wind. It wasn’t long before we had a GPS (a gift from our kids, who wondered at our choices), special fencing, a collar with her name and phone number embroidered on it and a training collar. You name it, we had it. It was nothing for her to run 20 or 25 kilometres during the day, and our GPS tracking pattern looked like an Etch-A-Sketch. She ate several shoes, books, a rug, pants, three towels – anything she could find. She scratched and dug her way through our kitchen door and was up to any challenge. Our friends and family started saying things like, “Wow” and “That’s a lot of dog”. Taking Grace for a walk was a guaranteed back spasm. We took her to dog training school, together, where she sat around looking bored and puzzled. It was like we had brought her perfectly-behaved twin. But as soon as the class was finished and we got back into the truck, she was determined to drive.

And today? After two years, Grace has settled. She loves her home and her people, and doesn’t knock down as many guests. She still runs like a demon, but she sticks closer to home. Grace has slipped into a routine that suits her, has regular wildlife encounters, and is a steady customer at the vets.  She is smart, sweet and beautiful, and she looks at us with a love we don’t deserve.

We are lucky to be in her pack.