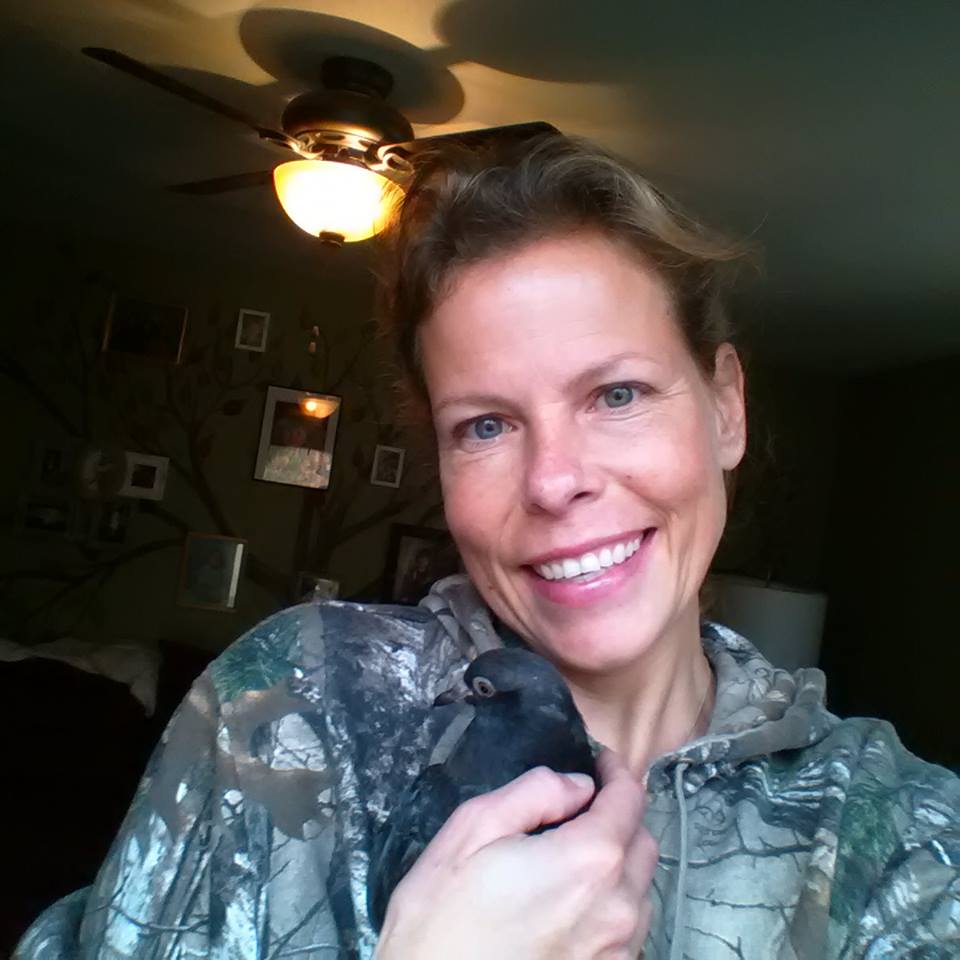 “I have a bleeding heart,” says Karie Jackson-Hall, founder of Tapping House Animal Rescue in Trent Hills.  The term “founder” is a bit of a misnomer.  Tapping House was born due to the evolution of events rather than the result of a strategic decision to launch an animal sanctuary.

It all began about ten years ago in Whitby when Karie purchased a purebred Brussels Griffon puppy.  Not only was the pup the runt of the litter and the “ugliest thing I’ve ever seen”, but he was deemed unsuitable for sale because he was born with a congenital heart murmur, prognosis unknown.  “The breeder let me have him for medical costs only,” Kari explains.  Griffon is still with her and has led a contented and robust life despite his condition.

A homeless purebred Black Labrador was next, followed by a couple of cats.  Realizing that suburbia was not the most appropriate venue for their growing menagerie, Karie and her partner started looking for a home in the country.  They purchased a large rural property in Trent Hills shortly thereafter.

It was a complicated time for them.  They had a blended family of two sons and two daughters, now in their 20’s and gone from the homestead.  Karie had completed her courses at OREA Real Estate College and enjoyed a brief career as a realtor before becoming pregnant with her son Rayne, now nine.  Her partner Mike was also a realtor in the city, maintaining his business for awhile after their relocation despite the two-hour commute.  He now works at the Canadian Tire in Cobourg as Customer Service Manager.  Karie has recently signed on as a Server with the new management of Banjo’s Grill in Hastings, after two years as a Sales Consultant with Campbellford Chrysler. The couple coordinate their working hours to ensure that their farm chores are done.

Tapping House Animal Rescue currently houses the property guard dogs, a few cats, eight mini pigs and a Canada Goose named ‘Ducky’ who was the sole survivor of a predator’s raid on his mama’s nest.  “He’s imprinted on people,” says Karie.  “He has no idea he’s a goose.”  Another orphan, a mourning dove, was taken in as a baby and nursed to adulthood with a special diet.  “He’s got his full feathers now but we don’t want to release him to the wilds in the winter.  We’ll let him go in the spring but he might just stay around unless he meets some other doves.  He’s used to riding around on my shoulder.”

Also in residence are three orphaned wild turkeys, lovingly hatched by Karie’s brood hen.  There is a small herd of Nigerian Dwarf Goats and a few sheep as well.  Tapping House has also given hospice care to dying animals, some under very traumatic circumstances.

Karie explains that rescue efforts are currently concentrated on pigs due to the vast numbers of them being rehomed.  This is largely due to popular misconceptions that micro and mini pigs are and will remain tiny, lovable pets.  “It’s quite common to see baby pigs being marketed on the internet as 25 to 50 pounds full grown,” she says.  “When these cute babies start growing towards their full adult weight of 150 pounds, people don’t keep them.”

Tapping House Animal Rescue is funded entirely by donations.  Some are practical and easy to give, like the huge load of pumpkins that were donated by a supportive community last fall.  Blankets, towels and any kind of animal food from bird seed to cat food is always welcome.

Fundraising efforts are currently under way to raise $20,000 for a drilled well.  Water shortage on the property is a chronic problem and the couple purchase their water at $100 per fill.  A GoFundMe campaign was launched last September.

Karie Jackson and Mike Hall officially tied the knot in August 2017.  “We were married in Niagara Falls,” she recounts, “at the same chapel Ellen DeGeneres got married in.”  They celebrated 10 years together last August.  Son Rayne loves animals and is happier than a pig in the proverbial at the farm.

Karie Jackson-Hall radiates compassion along with an in-depth understanding of the animals she cares for.  “I do a lot of research,” she says.  There is no end in sight for the Tapping House Animal Rescue.  These people truly love what they do.