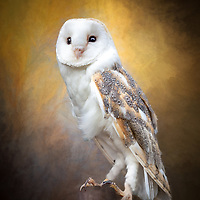 Laura has taken photos her whole life. She started her career in art school, but graduation brought the sad revelation that there wasn’t a demand for painters in Toronto. Laura had always fostered a keen interest in plants, so she chose a career in landscape architecture. A recession in the early 1990’s forced a change and Laura found the right fit working for a non-profit called Food Share where she filled a role as a community organizer who created and maintained community gardens.

Laura took tons of photos of plants in her community gardens and her love of the medium grew until she moved from Food Share to full-time photography for gardening magazines. She took the uncommon route of plant portraiture and made a name for herself in horticultural circles. “I contributed to every Canadian gardening magazine that operated at that time,” says Laura. “I really enjoyed it!”

By the time she moved to Trent Hills in 2012, she’d had enough of her floral friends. Many of the gardening magazines were folding at this time so Laura began to cast her artistic eye elsewhere.

Living in the country, she found inspiration in the animals that lived all around her. “I’ve always had a connection with animals,” says Laura. “My eyes were opened to the someone-ness of the animals rather than the something-ness. They are living beings with emotions. Some of them are shy, or pissed off or bored or curious. They have obvious friends in flock or herd and that idea intrigues me.”

Laura takes a photo and then removes the distraction of the background to highlight the animals and the bond that exists between them. “I’ve experimented in Photoshop for years and realized that I could bring together my love for both painting and photography, a natural outgrowth of my early training as painter and more than twenty years as a designer and photographer,” Laura explains. “The finished product is an archival pigment print and is available in limited editions at various sizes.”

You can see Laura’s portfolio and order online from her website at laurabermanphotography.com or at her upcoming show at Inuit Fine Art Gallery in Port Hope from April 1st to 30th, as part of the SPARK Photo festival.