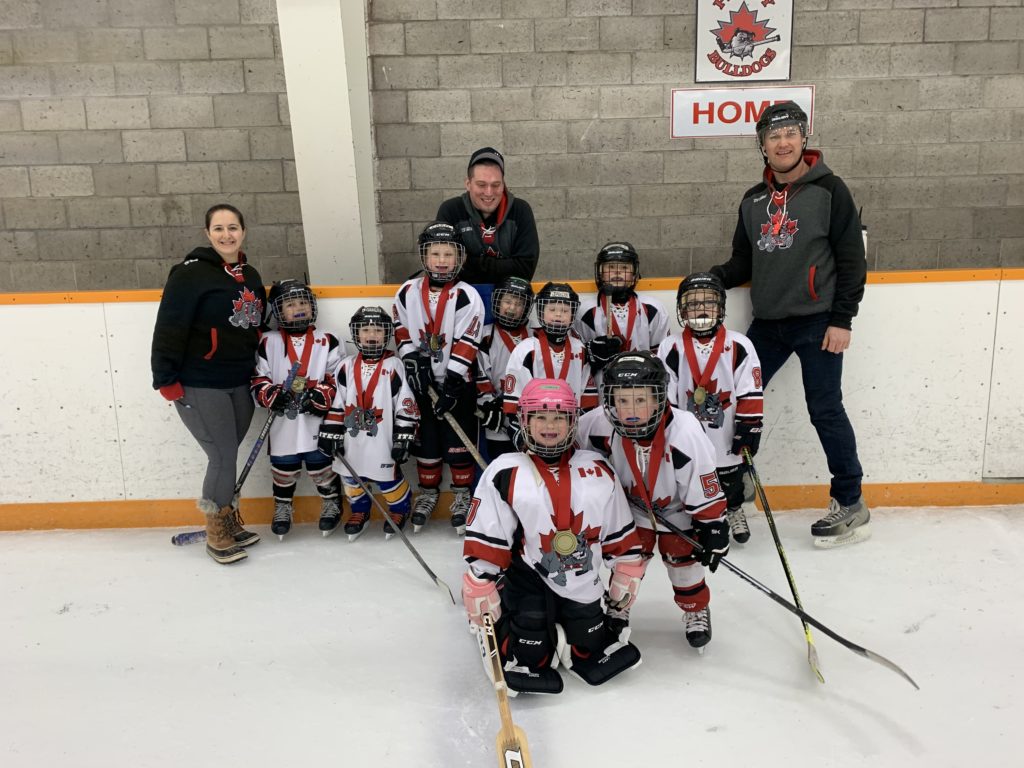 Warkworth Minor Hockey is doing quite well, thank you very much.  Participation has grown in each of the past three seasons, particularly in the younger age categories where sponsors like Allen Insurance and Brighton Tire have stepped up to offset costs for registration and skill development.

“We actually had too many kids for one team in the Initiation Program (ages 5 & 6) this year and had to have two IP teams,” says WMHA President Kyle McGee.  “It’s been a while since we’ve had a nice problem like that here in Warkworth.”

Still, there is an air of unease among parents and volunteers, particularly those who’ve been around for generations and can remember the glory days of small town hockey, when every kid from Warkworth played in Warkworth.  A time before the siren call of “rep” and “scouts”, and the alphabet soup of larger centres luring ambitious parents and skilled players away from their school chums and neighbours.  Through no fault of its own, the days of All-Ontario championships are gone for villages like Warkworth, and the hockey program has had to reinvent itself as a destination for kids and families that just want to play hockey for the fun of it.

“Cooper absolutely loves it here, he doesn’t want to play anywhere else,” says hockey mom Amanda Tidd-Bronson.  “Win or lose, our kids have the most hockey spirit.  And it is a special feeling when grandparents watch a game in the same arena where they coached their own kids a generation ago.”

While the numbers are growing in Warkworth, they are small.  This means a constant vulnerability and an uphill battle against a minor-hockey culture fixated on winning the 1 in 4,000 lottery of an NHL contract (source: Hockey Canada).

Speaking of longshots, Tidd-Bronson recently launched a campaign for Warkworth to win Kraft Hockeyville, an annual competition sponsored by Kraft Heinz, the National Hockey League and the NHL Players’ Association in which communities compete to demonstrate their commitment to the sport of ice hockey. The winning community gets $250,000 to upgrade their arena, as well as the opportunity to host an NHL pre-season game.   Making the final four in this contest would guarantee $25,000 in arena improvements.

“We have a great little arena, but it is in desperate need of dressing-room upgrades to keep up with the trends of more female players, inclusiveness and half-ice hockey,” adds Tidd-Bronson.  “I figure if a small local community like Stirling can win it, why can’t we?”

Stirling-Rawdon was the Hockeyville winner in 2012.

“The girls from Warkworth and visiting teams currently have to get dressed together in a storage room adjacent to the Zamboni,” notes Alyssa Stanley, WMHA’s Fundraising Director. “It’s a cramped space with no benches, no shower or bathroom, and not even total privacy from the arena employees. The girls have to wait to put their skates on because they have to cross concrete to get to the rest of the team.”

“Minor hockey is working hard to be more inclusive and tolerant which includes arenas accommodating special dressing room requests to kids working through things like gender identity – just not possible here with our current infrastructure,” adds McGee.  “The shortage of dressing rooms also creates havoc for half-ice games when we have four teams on the ice and up to four more teams getting ready for the next hour.”

Last year’s winner was Renous, New Brunswick with a whopping population of just 723, further bolstering Tidd-Bronson’s confidence that Warkworth can pull this off, “I think even if we make the Top-4 it would be a huge boost to the kids, and especially the volunteers that keep hockey going.  It can’t be easy for them and this could make all the difference.”

How Kraft Hockeyville Works/What Can You Do?

Before February 9th, visit krafthockeyville.ca and enter Warkworth or Percy Arena to see and “like” all the great photos and stories already posted.   Add your own photos/stories and spread the word on social media.  Warkworth will accumulate points for every photo, story, like and share.  Judging starts February 10th and the Top-4 will be announced on March 14th.

On January 18, Warkworth Minor Hockey hosted 12 Initiation Program (IP) teams from as far as Oshawa and Tweed to as close as Norwood, Centre Hastings, Stirling and Baltimore.

There were 107 players and many more parents, grandparents, other family and friends attending to take in the action – five and six year olds provide some of the most entertaining hockey going.

Each team played three games of hockey. These little players left it all on the ice, some trying new positions for the first time. Volunteer parents made the day a success showcasing Warkworth’s hospitality to the visiting teams, and creating lifetime memories for all.